Can Universities Keep Up with the Digital Age? 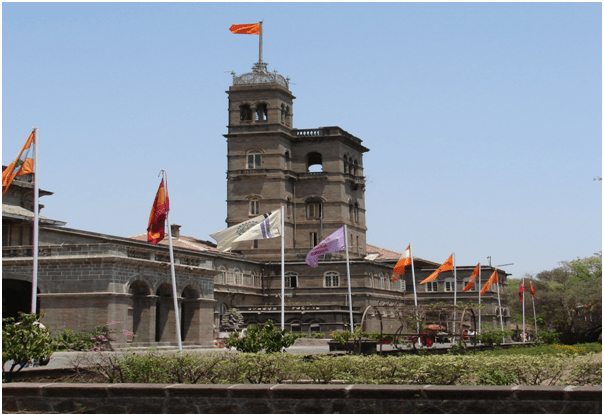 Universities and colleges have been the center of human knowledge and expertise since their inception. There were once remote, imposing stone structures run by the lands clergy or priests, who were well versed in the theology and philosophy of the time. The young students or apprentices who joined would be imparted this knowledge and would carry it forward through the generations. It used to be an honor for a family to have a child study at such an institution.   This reputation has stood the test of time. Take the world-famous Indian Institute of Technology (IITs) in India. The pride of parents sending their child to a university is apparent. We all know someone who has a “Proud mother of an IITian” bumper sticker on their car. However, this enduring faith in universities as the pioneers in education today face a rival-technology and its applications. This may  have affected universities, but the ramifications of this competition are very real.

During the Middle Ages, the universities began as a common platform for great minds to come together to discuss and exchange  their knowledge on various subjects they studied. Over time they formed libraries with volumes from all over the world that were carefully maintained and studied. And it was this accumulation of knowledge that gave them the status they have. Today, however, technology has greatly changed the game. Internet has played a vital role in the decentralization of knowledge. No longer do we have to sit through hours spending in the library researching a topic. Information of all sorts is now available at the click of a mouse or a tap of the finger. And in the wake of this change, universities have been attempting to keep up.

What factors have influenced this change?

The risk that universities face, to their claim as the center of knowledge, is a culmination of many different factors: 1.Time and effort: Anyone who has attempted to apply to a university will know what a grueling experience that it is. In between the myriad of extremely hard to crack entrances, creating attractive CVs, the entire process became extremely tedious. . 2.Cost: It is no secret that the tuition fee for studying at a university is often very high. There has been a steady increase in the student debt in India, owing both to low income of parents, and rising tuition costs. A similar trend is seen in the US, Europe and other countries as well. In a world where a majority of the population belongs to the middle class, an education that costs less is a welcome change. 3.Skill sets: An educational degree does not guarantee a job, and this is very apparent especially in the Indian context. Thousands of students graduating every year, end up not in their respective fields but working in fields hardly relevant to their specializations. This failure to secure a job is a manifestation to huge gap between what is taught at the university and what skills are required at a job.

What does the change mean?

So what does this all mean for the future role that universities will play in the field of education? The very obvious conclusion is that universities will have to greatly change their approach to education if they want to keep up with the current generation. Where once it was students who competed to study at a university, now it is university who compete to stay relevant. However, this should not be seen as a threat to education itself. The concept of higher learning and scientific and cultural endeavor, will remain the same,only the approach the will change.

How can Universities change?

Many universities have already begun adapting to the demands of a tech-savvy generation. And these include:

The traditional classroom model is flipped. Online courses allow the ease of access and personalization of experience. Many sites offer these classes at very low costs or sometimes even fee.

Having an interactive up to date website for your university goes a great way. For many students, it is this website that will cast the first impression and decide whether or not they chose to study with you.

3.Train the faculty and staff

A majority of the current faculty in many universities and colleges are not familiar with technology as prevalent as it is today. The faculties will need to be trained on the latest developments in technology. This makes sure they deliver to the needs of today’s generation.This will allow them to put to use the full potential of the modern world.

Universities must take a better approach towards developing relevant student skills by working closely with the industries they seek jobs in. This integration will ensure employment and give true worth to a university degree.

Other than providing knowledge through instruction, universities need to give practical knowledge about how to deal with the real world out there. They allow students to experience what exists outside the boundaries of the campus. This helps them in becoming competent individuals who are aware of the realities of the world they live in.

What obstacles do they face?

Several universities across the globe have already taken the initiative of adapting to the changing world. In India, universities have finally been given the go-ahead by the University Grants Commission to allow online courses and degrees. Lecturers at some prominent universities have begun using modern digital technology in their lessons, allowing for comforts such as distance education. There are still many universities that need to change to keep up with the transform the way education is viewed today. And there are many hurdles they will face before they are successful.

The first step towards a digitized education system is achieved by evaluating the skills of the faculty, staff, & the administration.

Universities need to focus on bridging the gap between what is taught in a classroom, and what is needed at the workplace.

It is time to realize that not every student is suited to the uniform method of instruction followed. In order to ensure maximum achievements, a flexible, accessible and tailored approach suited to the students intellectual capacity needs to be followed.

By bringing down the cost of education, and allowing the instruction of knowledge to be decentralized, universities can make sure that they continue to be the site of human progress. One thing remains true, and that is that change brought about by digital transformation is inevitable. And the disruption it brings in the traditional role played by universities can give rise to amazing opportunities for them to revolutionize education. Today’s generation is seeking to customize their resume, adding skills relevant only to their ambitions and interests. They are looking for affordable options that are easily accessible and have immediate results. Catering to these needs  will decide the future role that universities will play in the field of education.

The Advantages of Technology Adoption for Education

By adopting the technology, the universities have certain benefits. The survey of done over certain such universities, established that they gained some additional profits. The universities adapted technology. They became open universities and went global.This enlarged their scope to attract more and more foreign students as well. From educational point of view, it is immensely important to understand and appreciate other cultures also Digitization made it easy for students in particular to increase their own personal productivity. It focuses on their own particular strengths and weaknesses. They get to work on themselves at individual levels Tech Adoption helped the universities to a great extent to reduce the management cost. They could go paperless. This has also saved their efforts to record and store all their data. Going online turned out to be a great assistance to make the proper and optimum use of time and space. Within prescribed time the deadlines were met, making appropriate use of time. In addition, the space that is needed, is just one computer with the student. All the information he needs is entire available for him virtually.   .